Recently, I had an interaction with a new fan who had recently purchased The Northsider EP. They said, “Excellent work! Wish there was more music from you out there! You should be signed! Keep me updated when something new drops!”

I was extremely ecstatic with such a high compliment and positive review – But I could also read between the lines and notice a huge disconnect.

As an upcoming hip hop icon, I understand how important it is to deliver music at A rapid pace and high frequency. With how the music industry has evolved, hip hop has become more competitive from the standpoint of putting out music as often as possible.

But I have noticed two things about my biggest fans and supporters for my music.

1. My new fans always want newer music and wish my solo project was a lot longer. Being that they are new fans, they do not have any idea I was in a group prior to this for 10 years. Without that knowledge, they don’t even think to check my back catalogue for more music they may like.

2. My older supporters are having a very difficult time finding some of their favorite songs online. They consistently ask me for tracks that have been released years ago but they no longer have access to or they no longer have the CD that they purchased at a live show. And with us releasing a ton of music over the years, it can be very overwhelming to find a specific song from me.

Whether you’re a new fan or an old fan, I wanted to come up with a way to fix this issue for you. But this poses a challenge for me. I have never really had this issue pop up in my career before.

How can I get old fans the music they are looking for plus all of my new music. And at the same time, how can I get new fans hip to all of my older music as well?

During my research, I stumbled upon an idea that De La Soul used a while back. For one day, they gave away their entire discography for free.

I immediately thought to myself, “Are these dudes nuts? They are hip hop legends with hundreds of songs and remixes that span the timeline of at least 25 years! Why on earth would they give away their entire discography for free?”

As I looked into it more, I read a powerful quote from the group regarding this decision.

“It’s about allowing our fans who have been looking and trying to get a hold of our music to have access to it,” Posdnuos told Rolling Stone. “It’s been too long where our fans haven’t had access to everything. This is our way of showing them how much we love them.” 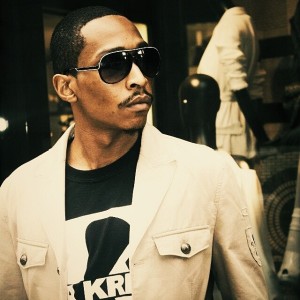 My mind was blown.

The legendary hip hop group had the same issue I was having. Not only were they able to better service their fans by doing this, but they could also show appreciation by delivering an extraordinary experience but no other hip hop group has ever taken before.

With that said, I know what I have to do. I will do the same thing. But with a twist.

Not only am I going to make my entire discography from 2008 to 2014 available for you to download, I will also include videos, behind-the-scenes footage, and exclusive interviews. I will only allow 500 supporters to grab this package.

I’m doing this to show my appreciation for your support. Whether you’ve been riding with me since day one. Or you’re just getting hip to me off of my last project. I appreciate you taking out the time to listen and supporting my career.

Head over to this link and RESERVE yours today by clicking on THE ANTHOLOGY VOL III link.